In France almost every village has several pharmacies. They try to draw attention through an animated logo in the form of a cross but by overkill they reach the opposite. The collection of footage of those flashing pharmacy logos throughout various European cities is a powerful symbol of our capitalist welfare state.

Lokman created a condensed city made only of those flashing crosses, a kind of hyper-pharma-city. Due to the concentration, the logos lose their attention-getting function, suggesting that “by shouting you will not be heard”. But re-joined they suddenly gain an unexpected, ironic elegance and beauty.

During the day, these logos are much less compelling than at night. Adding a realistic element, a day-night rhythm, increases credibility and reveals a world that could actually exist. The narrow irregular spaces between the elements resemble streets and alleys, and resemble the organic way cities have emerged.

Installation 'Pharmacy' from the Timeshells project, music by Machinefabriek 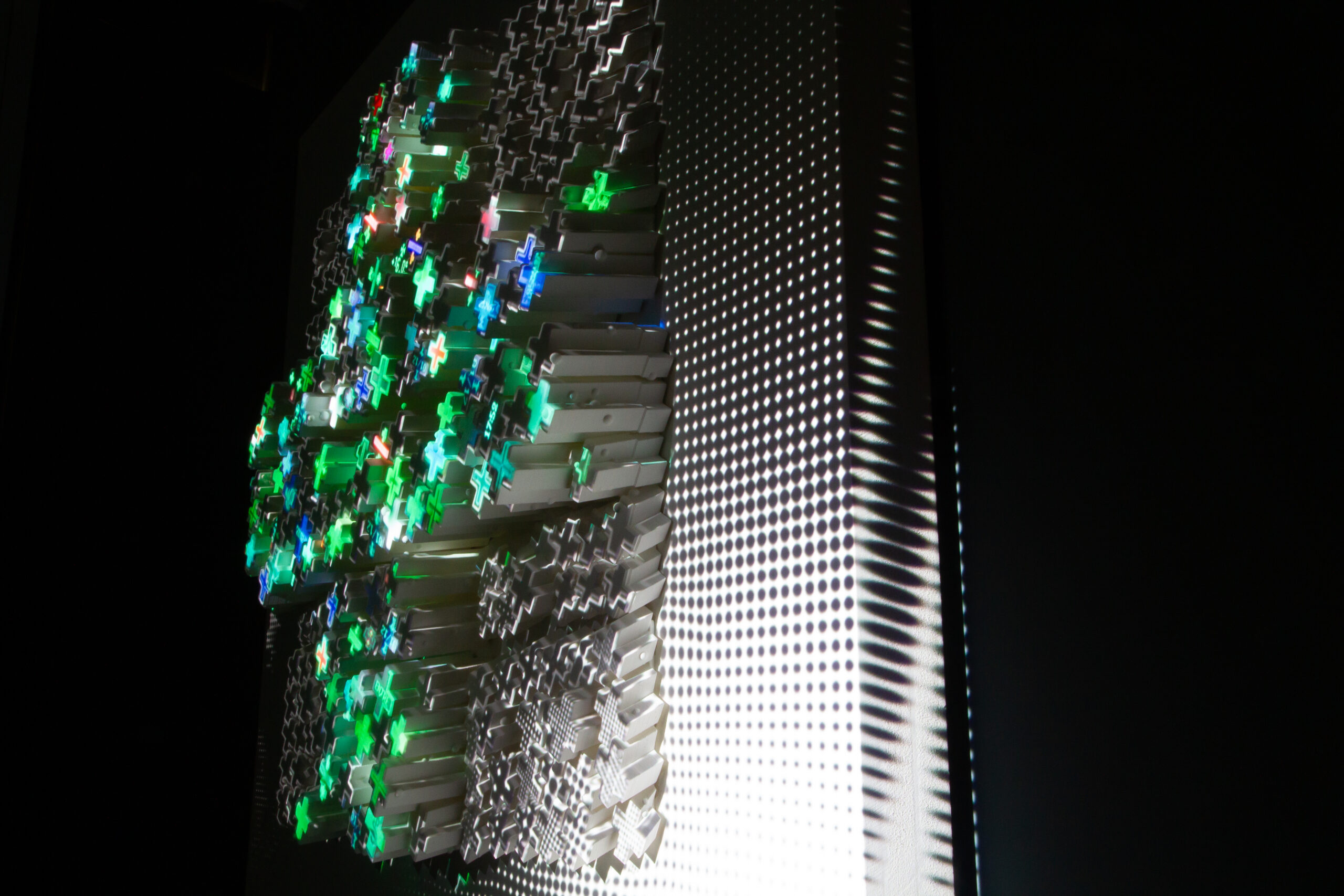 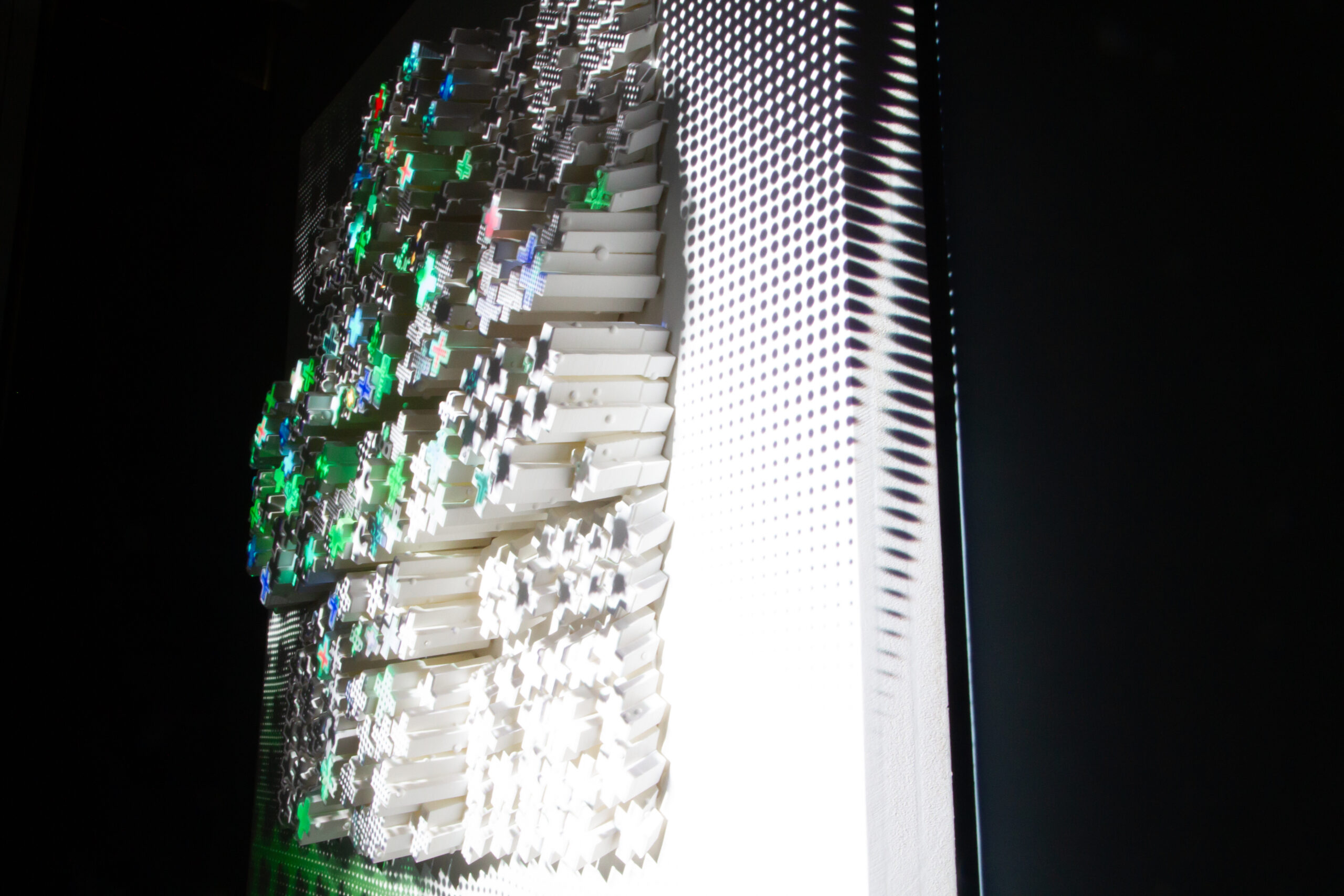 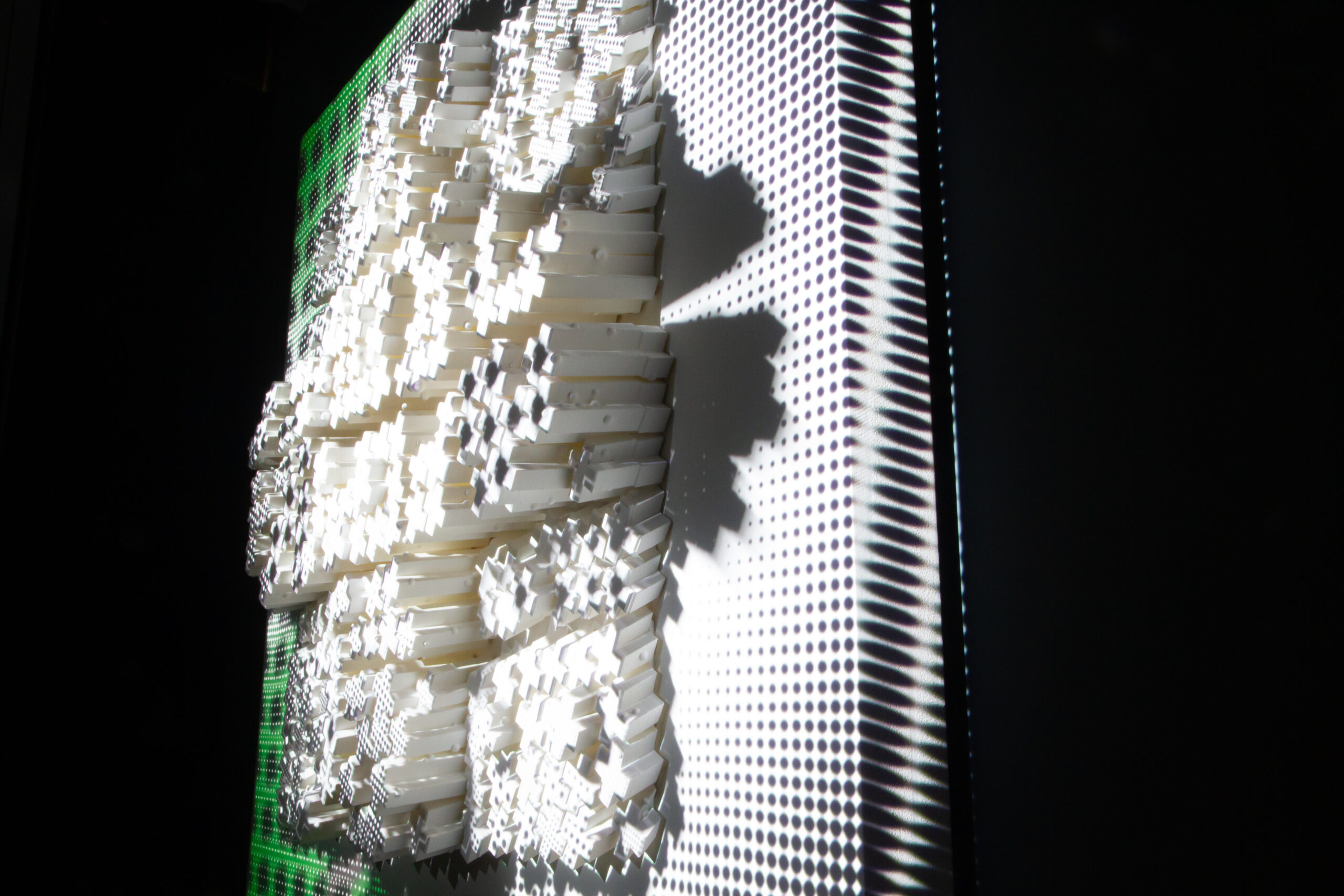 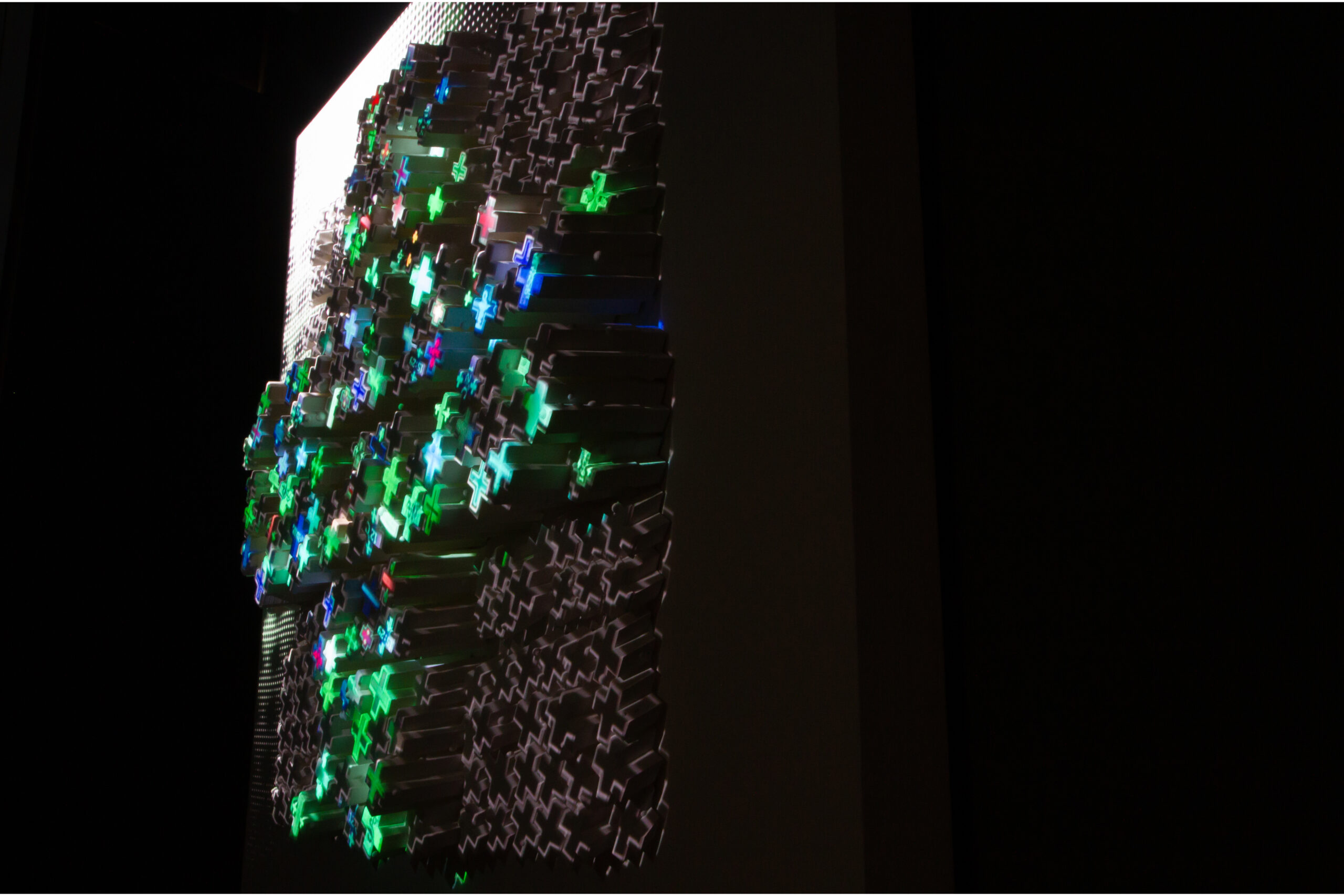 Sequence of photos from 'Pharmacity' 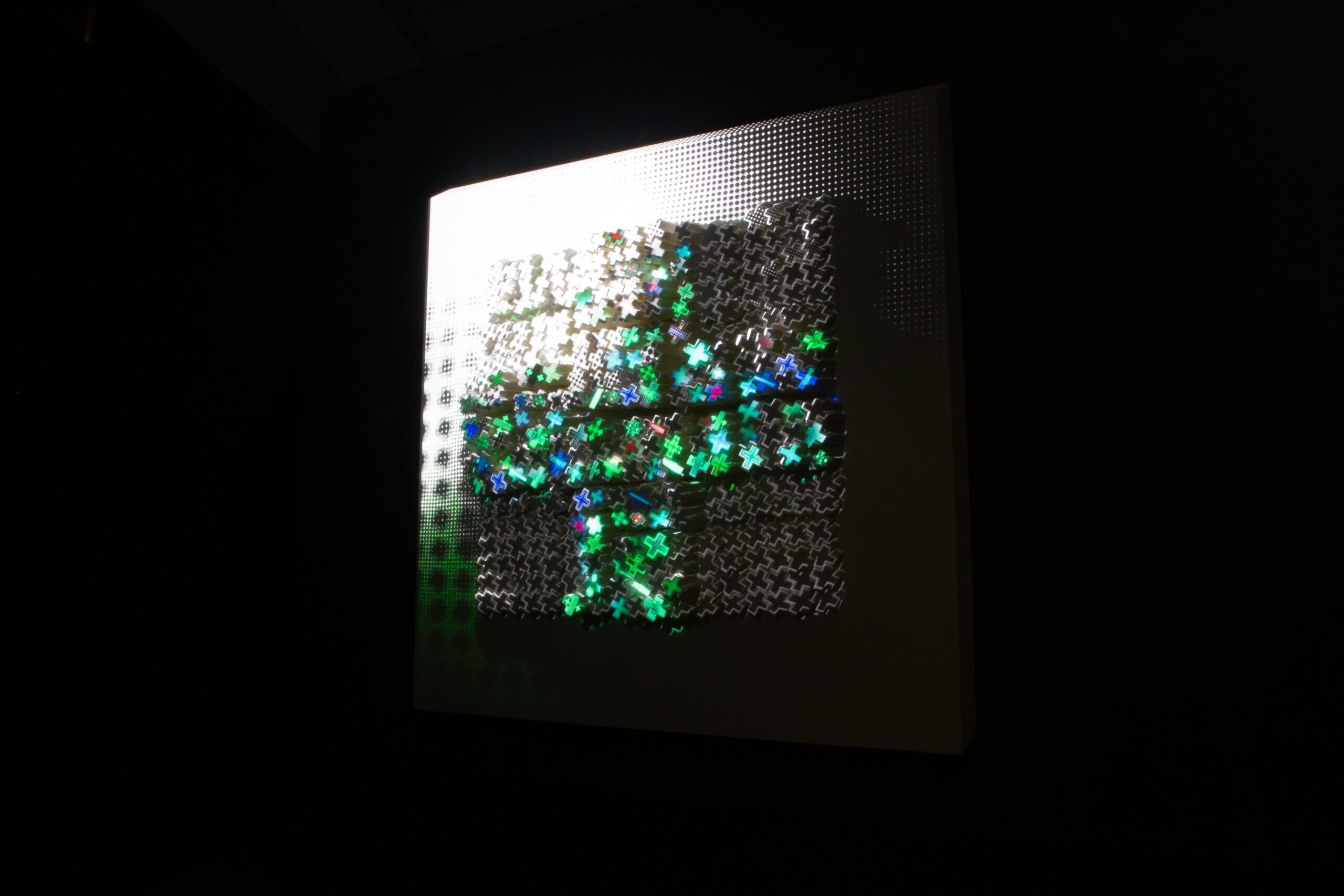 The objects are 3D printed in polylactic acid and fixed on a wooden panel. The whole is painted with matt white acrylic paint.
Dimensions: 120 cm in diameter
Projection: 4K video projector